Ink Doodler
For much of his life, Daniel Noe doodled on napkins, receipts, scrap paper, in the columns of his school papers, and in several other places that shall remain unmentioned. He would start each with a random line and then literally make them up as he went along. Most ended up becoming alien creatures that he would then create physiological traits for. One day his father said, “You can draw. Why don’t you buy some good paper and put some effort into it?” Thus, InkDoodler was born.
About Me: Daniel Noe is an author, artist, explorer, and contemplator of subjects large and small. He was born in Florida, grew up in New Hampshire, and has two younger sisters. Dan is fascinated by biology and has wanted to write science fiction since he was in fifth grade. He likes to take very long walks in the woods and look under rocks for small animals. He likes to build snow forts and watch lightning storms, but his favorite weather is fog. He likes bacon, pizza, and bacon pizza. He likes his burritos super spicy and his coffee ice cold. He very much likes cupcakes. He reads biographies, history, science fiction, and fantasy. His favorite authors include Michael Chrichton, Isaac Asimov, and Sylvia Engdahl. His favorite television shows include Star Trek, Doctor Who, and The Twilight Zone. He loves spaceships and dinosaurs and would like to ride either. Dan is a huge fan of Jesus. When Dan grows up, he wants to be just like him and create his own universes.

Books: I have written several books in multiple genres, including The Spider, The Witch, And The Spaceship (science fiction) and The Nutcase Across The Street (politics/current affairs). Most are available in paperback on Amazon. All are available on Kindle.

Champion Of The Galaxy: ChampionOfTheGalaxy.com is a blog I post to with stories from the life of Nate. I cover Nate’s life from his childhood, through his rough adolescence, and well into old age. Nate has lived for centuries and seen many strange things. He’s seen worlds of fluorescent, wind-carved stone. He’s met beings made of swirling flame. He’s fought an organization of murderous, time-traveling criminals only to live long enough to become one of its founders. More than once he has lived through great ruptures in time as history changed all around him. More than once he has been told these things were all in his mind. Nate has lived many lives. He has been a human, an eagle, a tiger, a dinosaur, and more. Able to reincarnate in a new body when killed, Nate is an eternal pattern – a ripple through time and space, always searching for the next fascinating place and the next adventure. At heart he is an explorer, but when confronted by evil he cannot help to fight. Champion Of The Galaxy is an account of Nate’s life from his origin onward. It is a story of friendships lost and gained. It is a story of individuality versus conformity. It is a story of pride and humility. It is the story of how a typical young boy grew up to become a cosmic hero.

Way Out Life: At heart, I am an explorer. This is why I write novels about exploring other planets. However, I would rather have a real adventure than an imaginary one and I would rather take a walk in the woods surrounded by real animals than mere drawings. I visit places and report my findings on my blog WayOutLife.com, along with photographs of what I see. Since life itself is an adventure, I will also post things I learn about life and love, interesting products and people I discover, musings on physics and philosophy, and observations on ethics and spirituality. I know I don’t have all the answers, but I like to make people really think and question their assumptions. I say what I hear no one else saying. I also express myself in drawings and poetry. Life itself is an adventure. Fun is important. We all have to work to pay the bills, but why pay the bills just so you can keep working? What is the point of being alive at all if not to set apart time for play? Play is a celebration of God’s creation and of creativity. Play is worship. I find the fun things and places and shine a spotlight on them to glorify the one who created it all. There is bad in the world, but everything has some good in it. I will not ignore the bad, but I will find the good inside. Adventure can be found anywhere at any time. You do not have to go far looking for it. You do not have to be lucky enough for it to happen to you. You simply have to recognize that you are already surrounded by adventure. It just takes a little practice.

Flora And Fauna Of The Universe: Since before I was six years old a hobby of mine has been drawing and describing extraterrestrial animals, plants, and microbes. I explain their behaviors, organ systems, cellular structures, and ecological relationships. I now have enough ideas for more than twenty planets and plan on putting them into books. FloraAndFaunaOfTheUniverse.com is where I post my ongoing work. I am also happy to link to the worthy exobiology projects of others and I accept guest posts.

Loves Tampa Bay: I am one of the writers for my father’s project, LovesTampaBay.com. We let people know of all the great businesses, charities, museums, parks, stores, and restaurants in the greater Tampa area in order to inspire local pride and support local business. We do this for free.

The Understanding Project: On rare occasion I have been known to rant about politics, but I make an effort to understand all sides and I encourage others to do so. I no longer update this blog on a regular basis, but I have left the archives up for you to enjoy.

Twitter: You can also keep notified of all my shenanigans by following me on Twitter. I’ll update you on all these projects.

Deviant Art: I also have a Deviant Art account with a few prints available, but most of the little time I spend there is spent looking at the work of other artists and collecting the best pictures in my favorites folder.

Here Are Just A Few Of My Drawings 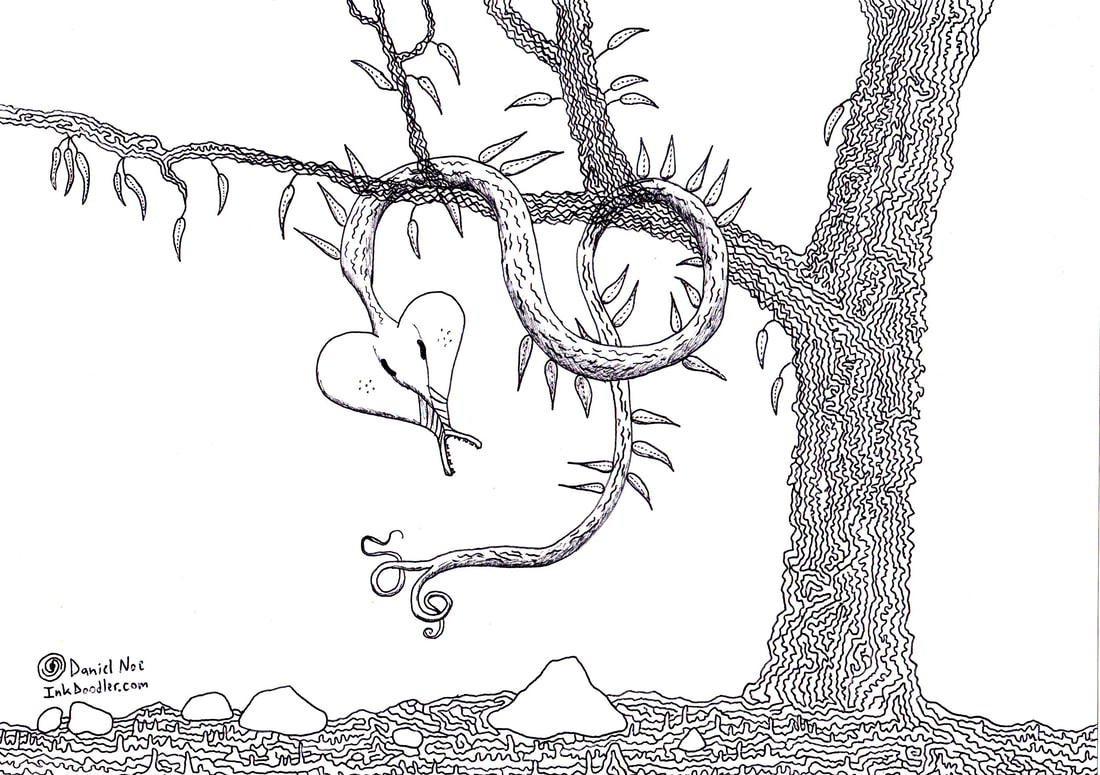 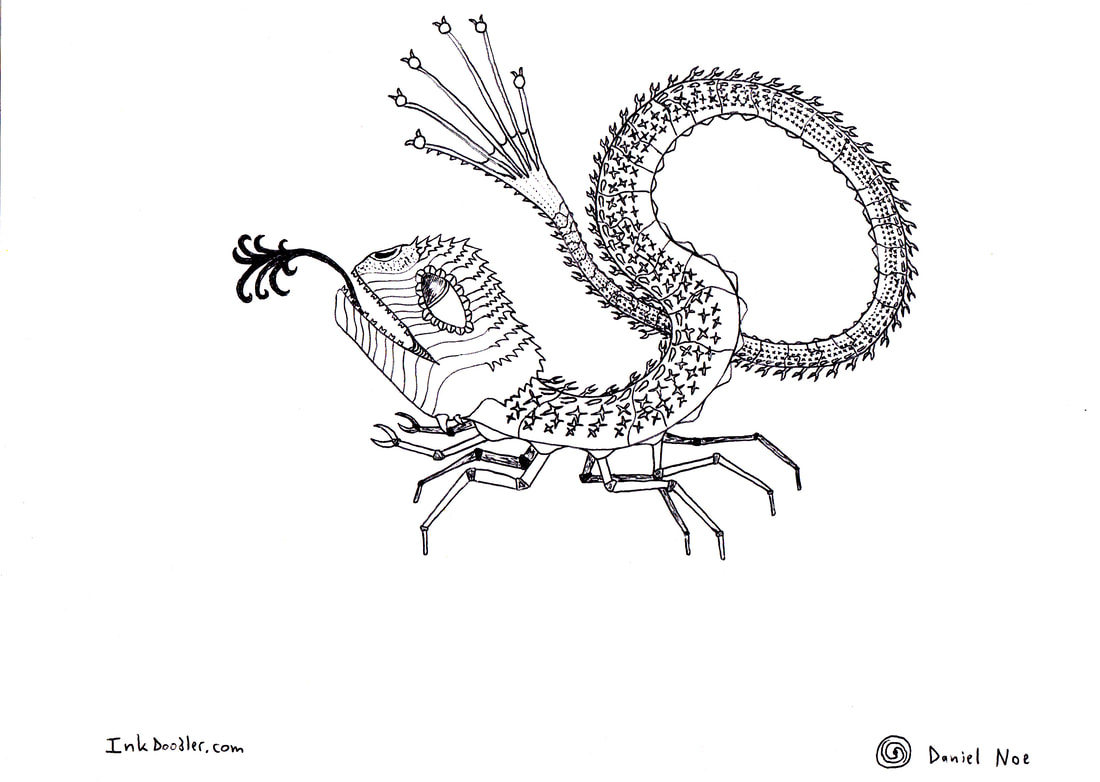 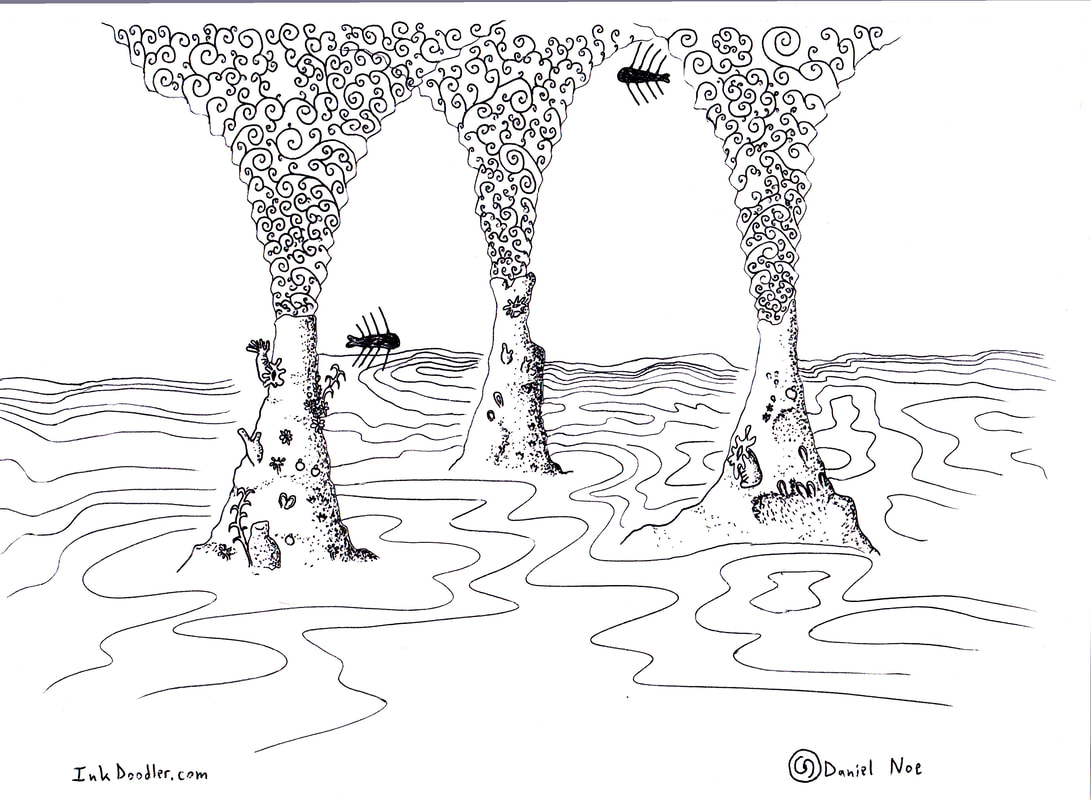 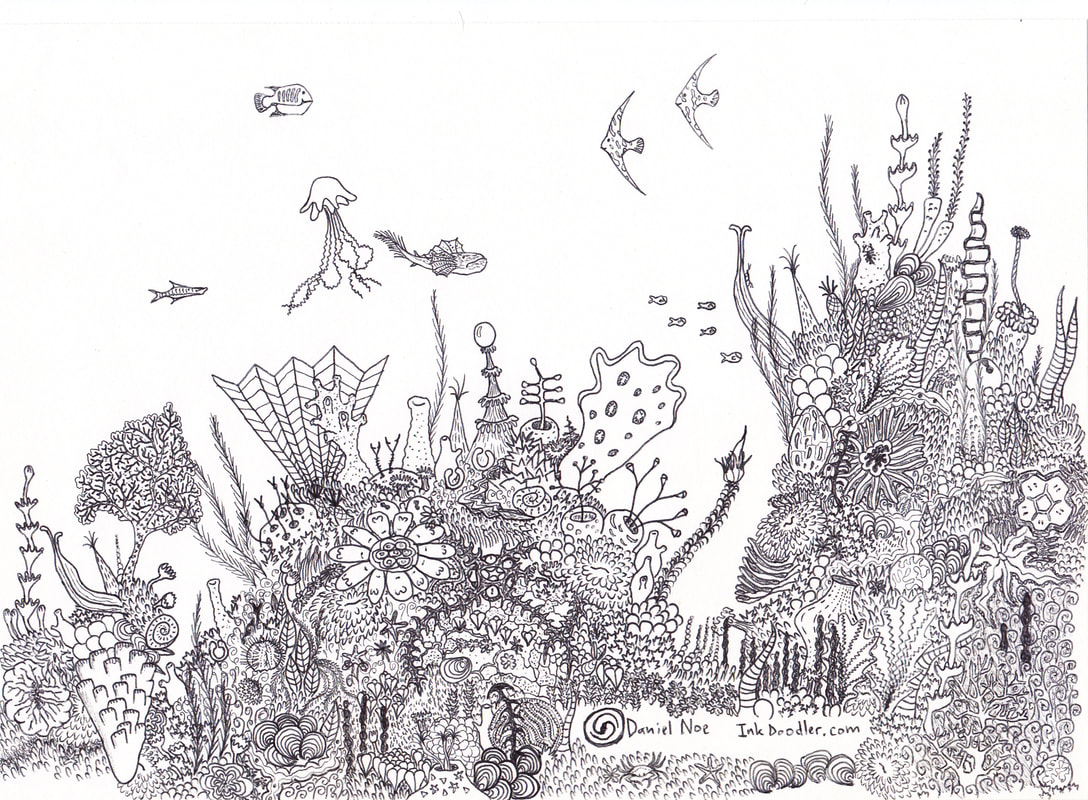 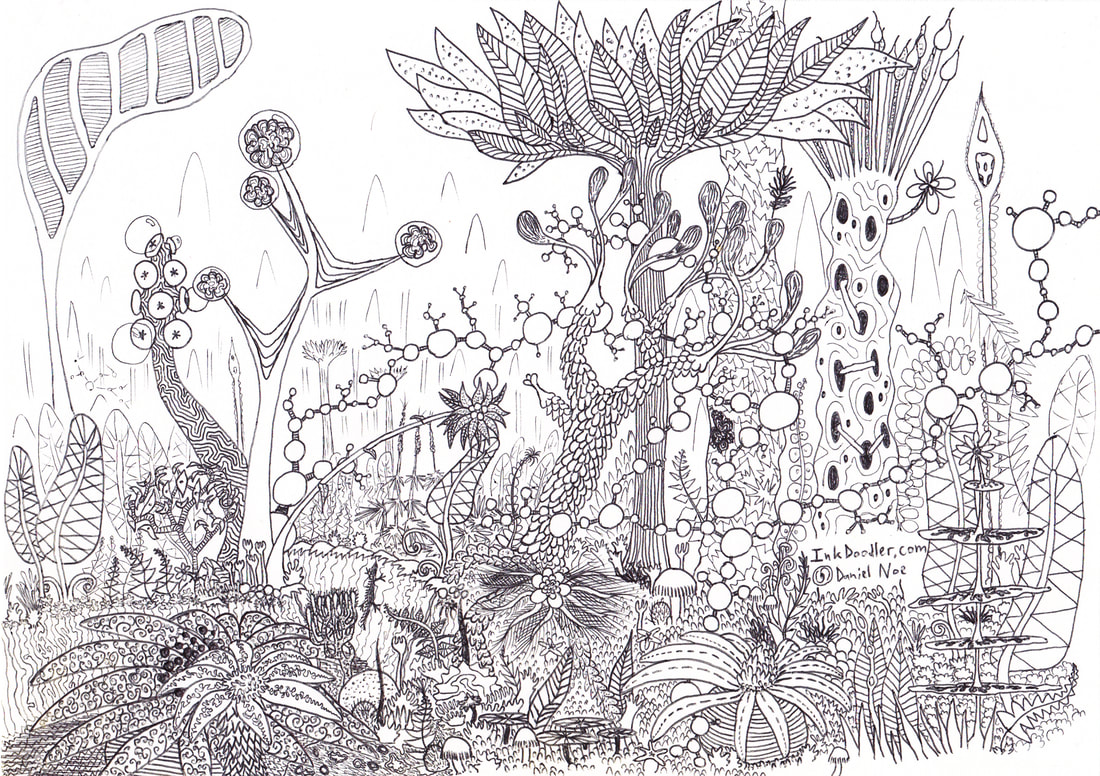 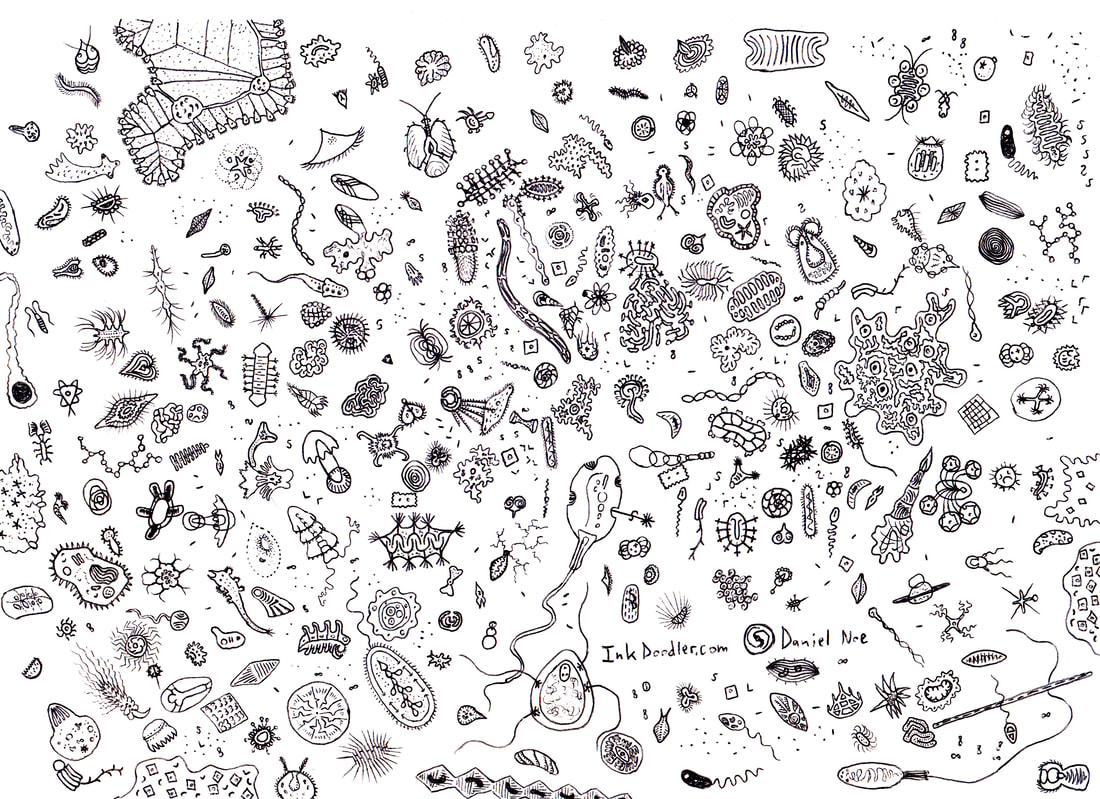 Please buy my books and support me on Patreon